SAN DIEGO (KGTV) – Several cities in San Diego County are looking into a new program that could make rent more affordable for people who don’t qualify for low-income housing.

The Workforce Housing Program, run by the California Statewide Communities Development Authority (CSCDA), is in talks with government officials in San Marcos, Escondido, La Mesa, and Chula Vista on a handful of projects.

Through the Workforce Housing Program, city or county governments enter into “Joint Powers Authorities” with the CSCDA. That allows the CSCDA to issue bonds to buy an apartment complex. Because the CSCDA is considered a government body, they don’t pay property tax. They also take advantage of historically low interest rates. The savings allows them to lower rent.

He’s referring to people known as “middle-income earners.” They make somewhere between 80-120% of their community’s median income. That means they don’t qualify for affordable housing or any other low-income benefits. But many say they still don’t make enough money to afford rent in most apartment complexes.

The CSCDA has already completed 12 projects with more than 3,500 units in Long Beach, Anaheim, Pasadena, Glendale, Carson, Monrovia, and Dublin, CA. Many of them are luxury apartment complexes where rent costs significantly more than the average price for the city. The new agreements brought them down by hundreds, or in some cases thousands of dollars per month.

The CSCDA has six other projects in the works in Santa Rosa and the City of Orange.

Penkower confirmed to ABC 10News that they’re also in preliminary talks with the San Diego County cities mentioned above. He hopes plans can go before City Councils in the next few weeks.

The City of San Diego does not have any plans with the CSCDA right now. But Mayor Gloria’s office recently announced the creation of a “Middle Income Housing Working Group.” In a statement, the Mayor’s office says that the group will “develop new ideas for how to spur production of middle-income housing, as well as evaluate whether the City should opt-in to existing programs like the CSCDA’s.”

Rent relief like this is needed in San Diego County. According to a July report from rental website Zumper.com, five of San Diego’s largest cities saw double-digit increases in rent over the last year: 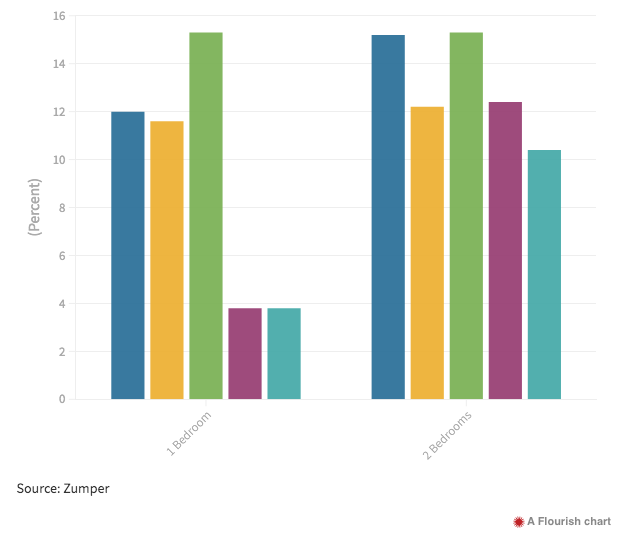 Cities could also benefit from the program financially. According to Penkower, the units in each apartment complex stay under a rent restriction for 30 years. At the end of the financing term, the value of the project would revert to the city. That allows them to recoup any lost tax revenue.

Penkower says his program has already proven to be an effective solution.

“While this may not be a perfect program, it really is making an immediate impact right now in families’ lives,” he says.

Back to all News